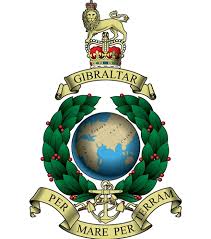 Since the Second World War, the Royal Marines have developed a specific function as a commando and amphibious force, undertaking operations in harsh environments from mountain to jungle, cold weather to desert.

The Royal Marines is an elite fighting force and is well-known and respected around the world. It is considered to have one of the hardest infantry training programmes and earning the coveted green beret is no easy feat and it demands a transformation that will push an individual to their limits both mentally and physically. It will probably be the hardest thing an individual will ever do but also the most rewarding.

This article will provide an overview of the structure of the Royal Marines and organisational changes in terms of manpower. The article will then provide a general outline of the recruitment and selection process (i.e. how to join the Royal Marines) by looking at areas such as eligibility, fitness standards, minimum qualifications, and tests and interviews. Finally, the article will look at funding streams and provide some useful links.

Structure of the Royal Marines

The Royal Marines is made up of a number of units and establishments which are highlighted in figure 1 below.

Figure 1: Structure of the Royal Marines

The Royal Marines is made up of both Commissioned Officers and Other Ranks (known as Marines).

The MoD calculates the numbers that need to be enlisted to maintain the Royal Marines manning levels. The MoD takes account of changing unit establishments, wastage caused by servicemen and women leaving the Royal Marines at the end of their engagements, and those who might choose to leave before their engagements come to an end (PVR or Premature Voluntary Release). The number required in each trade in the Royal Marines is assessed and figures are published at six monthly intervals so that adjustments may be made during the year.

Traditionally, the Royal Marines has met these recruiting targets. With this in mind, the full time trained strength of the Royal Marines was 6,890 at 01 November 2013, divided as 730 Officers and 6,040 Marines (DASA, 2013a).

The latest figures suggest that the Royal Marines require approximately 500-550 new personnel each year (DASA, 2013a).

Key points to note regarding Royal Marines manpower include (DASA, 2013b):

A General Outline of the Recruitment and Selection Process

Within the UK individuals tend to be attracted to individual service branches rather than the military per se. Each Service has their own identity, ethos, core values and standards and people tend to join the Army, Navy or Air Force. This is reflected in the way that each service branch conducts separate recruitment and marketing campaigns. Each has its own strap-line (e.g., the Royal Marines is “It’s A State of Mind”).

Selection is conducted separately for each of the Services, but the selection processes are similar in nature. All three Services have different selection procedures for Officers and Other Ranks. However, all include interviews, aptitude and ability testing and some personality measures. There is a filtering system that will select people at the initial application stage, while others will be invited to attend an assessment centre which can last up to three days. As well as technical ability, individuals will be assessed on their general qualities to be a member of the UK military. In addition, preliminary medical examinations will also be carried out including checks on weight, eyesight and hearing, and individuals will need to pass a physical fitness assessment.

Tables 1 and 2, below, provide an outline of the current Royal Marines and officers recruitment and selection process.

The Royal Marines utilises a number of marketing channels in order to engage with domestic and international populations and these include:

There are a number of eligibility criteria that must be considered before making an application to join the Royal Marines and these vary across the trades due to the nature of the job/role an individual may wish to undertake. The general principles are outlined below:

When Can an Individual Join?

If an individual is under 18 years of age, they will need consent from their parent or guardian before they can progress their application at the Careers Office.

If an individual is currently under a care order then the Royal Marines will have to seek permission of the local authority in order for an individual to join.

The age range for joining the Royal Marines as a Direct Entry Officer is 18 to 25. You must be within this age range at the time of entry, which is always during the first week of September.

Those under the age of 18 can apply for sixth form sponsorships and bursaries, however they will still be required to pass the Potential Officer Course and the Admiralty Interview Board (see below).

Due to the nature of military training and operations it is critical that individuals get in the best possible shape in order to help them excel during pre-joining fitness tests, initial training and throughout their military career.

The Royal Marines has put together training programmes designed to help individuals get their fitness levels to what they should be and increase their chance of success.

For the Royal Marines Pre Joining Fitness Test, an individual will have to complete two 2.4km runs (1.5 miles) each with the treadmill set at a 2% incline.

To pass an individual will need to do the first run in less than 12 minutes 30 seconds. Then complete the second 2.4km run immediately afterwards in less than 10 minutes; regardless of the individual’s age.

There are no minimum qualifications needed.

Life in the Royal Marines can be mentally and physically challenging. This is the reason why some medical conditions and ongoing illnesses can stop an individual from joining. As such a full medical examination is part of the application process. It is worth checking the list on the Royal Marines website.

Candidates must be categorised as one of the following:

The Royal Marines has a number of techniques designed to check the suitability of individuals for life in the military. These techniques are outlined below:

All potential recruits (both officers and other ranks) have to sit the Naval Service Recruitment Test (NSRT). The NSRT tests a candidate’s general intellectual ability, and how well you do shows your capacity to cope with the technical and academic aspects of Royal Marines training. Your score determines which jobs you can go for.

Your score is calculated solely on the number of correct answers you achieve, so if you get stuck move onto the next one and revisit if you have time.

Successfully passing the NSRT means you can move on to the formal interview.

The Medical and Eye Tests

The medical and eye exam are quite comprehensive, because life in the Royal Marines is very physically demanding.

Your tests must be completed by a Ministry of Defence-approved doctor, who are based all around the country. Your local careers office will arrange an appointment for you at a convenient time and location.

Before you can join you will have to pass the Royal Marines’ Pre-Joining Fitness Test, which involves:

Train efficiently and keep a positive state of mind, and you will stand a good chance of passing.

Officers attend the Potential Officers Course (see below) not the PRMC.

The Potential Officers Course (POC) is your introduction to life in the Royal Marines and indicates your potential to begin Royal Marines Officer Training.

Train efficiently and keep a positive state of mind, and you will stand a good chance of passing. If you can prove that you are able to think clearly under pressure and operate to high levels when fatigued, you will be invited to meet with the Admiralty Interview Board.

The Admiralty Interview Board

The Admiralty Interview Board (AIB), which is unique to officers, is a 2-day competency-based assess ment to find out if you have what it takes, mentally and physically, to succeed as a Royal Marines Commando Officer. Elements of the AIB include:

Table 4: Outline of the AIB

You will find out at the AIB whether you have been forwarded for selection, though being forwarded does not guarantee your entry into training. You will be placed in order of merit, and the final selection depends on the number of vacancies available at the time, the number of successful candidates who reach the required fitness, medical and educational standards and your performance on the POC.

Once you have successfully passed all of the required aspects of the above recruiting process, including a security check, you will then be given a date to commence Basic Training at Commando Training Centre Royal Marines (CTCRM) in Lympstone.

Your careers office will buy your train ticket to help you get there, provide some joining instructions and tell you what kit you need. You will spend 32 weeks there (Other Ranks) or 16 months (Officers) and learn the skills you need to become an elite amphibious soldier.

If an individual is currently in year 11 or 12, they can apply for a sixth form scholarship. This, currently, provides £1050 a year, plus a chance to experience life as a Royal Marine, for example, as the guest of officers in the wardroom.

Whether an individual is hoping to go to university, or if they are there already, they can apply for a standard bursary, currently, worth £1500 a year. Individuals stay a civilian while studying, but spend part of their holiday getting to know the Royal Marines and preparing for their future career.

In October 2011 the Royal Marines (2011) published ‘The Royal Marines Vision: Think Commando’ in response to the Strategic Defence and Security Review published in 2010. The document mainly reiterates the prominent role of the Royal Marines and does not mention any minor or major restructuring other than continued geographical consolidation of forces in the South West of England.

Listed are some links which the reader may find useful: